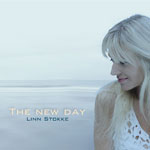 In 2007 Linn released two new songs, “The New Day” and “Breathing love”. By the request to contribute to the Symposia and the historic silent prayer for the planet, the songs were  dedicated to life on earth.
“This is a call for humanity to come together regardless of opinions
and religious persuasions, and embrace the challenges that are faced by life on
this planet. It is a call to commune with each other and to feel the
heart of the earth we are destroying – before it is too late” 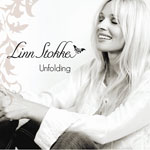 Linn Stokkes album UNFOLDING was released 20.11.2006. She debuts with an evocative and personal album where all 11 songs are composed by Linn. She is joined on the album by some of Norway’s best musicians.